Being alone used to be my favorite time, it allowed me time to reflect and process conversations, life, and interactions. Being an intensely introverted person I not only like this, I need it. Without it, I loose my sense of self and become enable to enjoy things.

I’m slow to change. I’m not a big fan of it and I don’t like having to adjust my mental understandings of everything. It’s been slow, but I think that I need less alone time than I used to. I may have changed. Maybe. So, now my analytical side wants to know why, how, when, and if I really have changed or maybe I’m just lonely.

Alone is not the same as lonely. That’s basically been my motto for the past ten years. I’ve met people that are absolutely terrified to be alone, and I’ve always pitied people like that. (Arrogant much?) I’ve always had a very clear line between the two, because honestly, I just don’t get lonely that often. I used to revel every minute that I got to be alone that I didn’t have time to think about how much I was in fact alone. So here I am, having been ‘snowed in,’ despite my northern friends mocking, since 11am on Friday morning. I am going absolutely crazy. I got out for fresh air, took a walk, enjoyed the snowice, but I haven’t seen people in nearly two days. I’m craving interaction, even an awkward conversation with a stranger would do. So now, I’m trying to decide if I just need less alone time than I used to, or if I’m just feeling a little lonely. 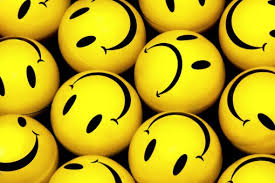 Change. I’ve been out of college for nearly four years, and I consider my adjustment to real life complete, but maybe it’s not. In college there is constant interaction—dorms, clubs, class, cafeteria, commons; perhaps there I had to force my alone time because it was so rare. But real life isn’t like that. I see my friends pretty frequently, some weeks more than others, but usually a couple of times a week. I see people at my work, but 75% of those I see are under the age of 5. So basically per week that’s: a few times with my friends (the people I actually like and have common interests with) and daily interaction with my work people (most of which are children and the others whose company I don’t necessarily enjoy). That’s just not a lot of interaction compared to my past. Maybe it’s just been a really slow adjustment to alter my quantity of alone time, or maybe if I had better adult interaction at work, I wouldn’t feel this need to be around people all the time.

Either way, I really have issues with needing people.  This is a human trait and essentially a physiological need, but I just have issues with letting myself need people. I’ve always prided myself on being independent. I made a silent resolution to be accepting and open to change this year, so maybe this is the universe’s way of telling me I need to be more open to relying on people.

By the way friends, can we take a picture like this soon? I need a new FB picture.